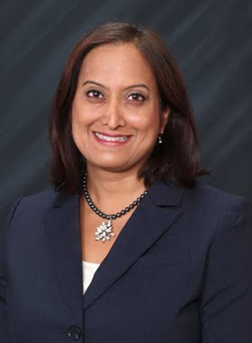 Attorney Tejal Mehta is an accomplished lawyer with over 25 years of legal experience.  Specializing in immigration law and estate planning at the Law Office of Tejal Mehta, attorney Mehta is passionate about providing high quality legal services to her clients and considers her clients’ victories her own.  She personally manages all her cases.

Attorney Tejal Mehta earned her J.D. from the University of Houston Law Center.  She received a Bachelor of Arts from Rice University.  She has also obtained a Certificate in Estate Planning from the Beasley School of Law at Temple University.

Prior to founding the Law Office of Tejal Mehta, attorney Tejal Mehta practiced regulatory law with the Federal Communications Commission, the United States Department of Agriculture, and the Supreme Court of Pennsylvania.

As a first-generation immigrant who came to the United States as a child, Tejal Mehta understands what a great privilege it is to live and work legally in the U.S.  She also recognizes the particular challenges that immigrants face in their goal to become new Americans and treats her clients with empathy and respect.  Attorney Tejal Mehta has maintained strong relationships with the immigrant community throughout the United States.

Attorney Tejal Mehta is admitted to the bar in Pennsylvania, and the U.S. District Court in the Eastern and Middle districts of Pennsylvania.  She is also a member of the American Immigration Lawyers Association, a network of immigration lawyers.

Attorney Tejal Mehta has been recognized by Main Line Today, a local magazine, as an accomplished attorney practicing immigration law in the Philadelphia area.